Singer-songwriter Natalie Merchant released her first solo album, Tigerlilly, in 1995. I remember its top-ten single “Carnival” was all over the radio for months. And of course there was a music video to go with it. 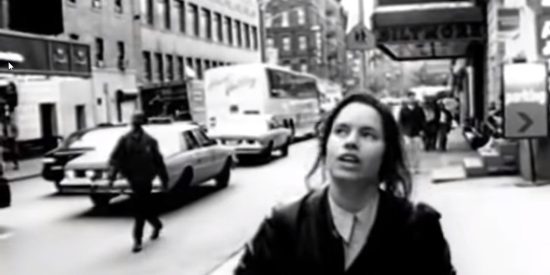 I was disappointed with the video. I liked Merchant’s songs, but the video felt like she wasn’t really trying: It’s shot in black-and-white, and it just shows Merchant lip-syncing the song while walking the streets New York City. I thought it was the sort of thing an artist would throw together when the record company wants a video and the artist doesn’t really care.

Twenty-four years later I just caught the “Carnival” video by accident when YouTube automatically played it after something else. And I discovered it was wonderful. The video hadn’t changed a bit, of course. But I have.

About twelve years ago I got seriously interested in photography, and in the process of learning how to take pictures, I read about famous photographers. I was especially interested in the street photographers, such as Henri Cartier-Bresson, Garry Winogrand, Walker Evans, and Lee Friedlander. Familiarity with their work gave me a better artistic context in which to view the “Carnival” video.

What first caught my eye was that Merchant was taking pictures of people and things on the streets: 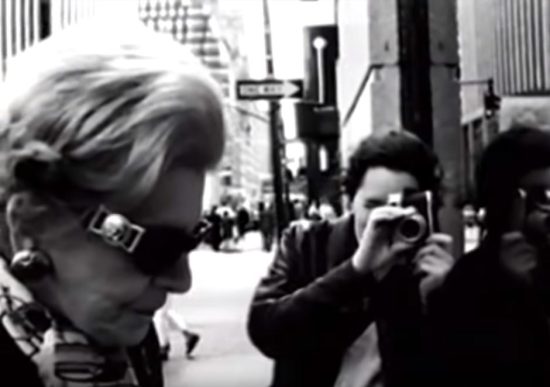 And the video would sometimes show the still photos that could have resulted: 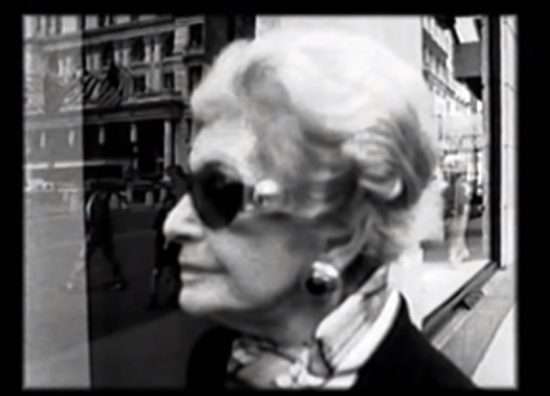 That…looked a lot like she was doing street photography. And then just seconds after that, the video showed this image of a man standing the the deep shadows, with just a bit of light hitting his face: 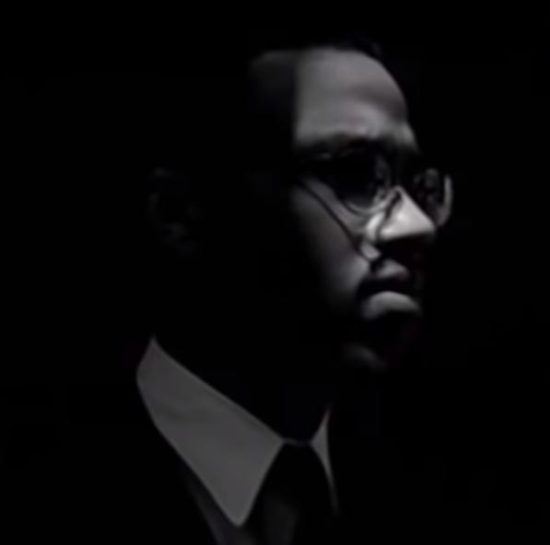 I had to restart the video and watch it a lot more closely. Not only is Natalie Merchant doing street photography in the video, but many of the scenes in the video itself are shot in the distinctive style of street photography. It’s four and a half minutes of artistically harsh shadows, strong angular lines, interesting people, strange reflections, unusual poses, and careful juxtapositions.

Heck, she’s even using a Leica camera, preferred by many street photographers: 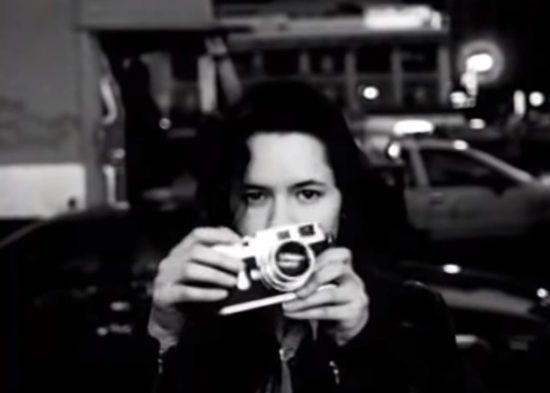 It was clear that someone on this video knew their way around street photography. It turns out the video was directed by Melodie McDaniel, who is a professional photographer when she’s not making music videos and commercials. The photos on her website (especially in the archival section) show some definite street influence.

If you want to see more of that lovely street composition, here’s the full “Carnival” video: