The Libertarian Party has been a real hoot this election. I think everybody is familiar with Senator Bernie Sanders’ supporters promoting his candidacy with the “Feel the Bern” meme. Naturally, Libertarians have their own version for Governor Gary Johnson.

It’s exactly what you think it is. 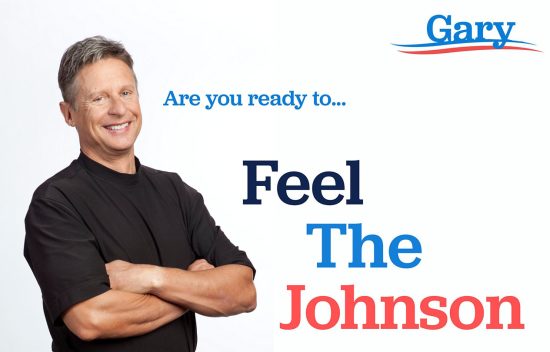 I think my favorite Libertarian meme (so far) belongs to the John McAfee camp. Actually, this might be mocking John McAfee. It’s hard to tell, given his campaign style. Heck, for all I know, this is an official campaign press release. 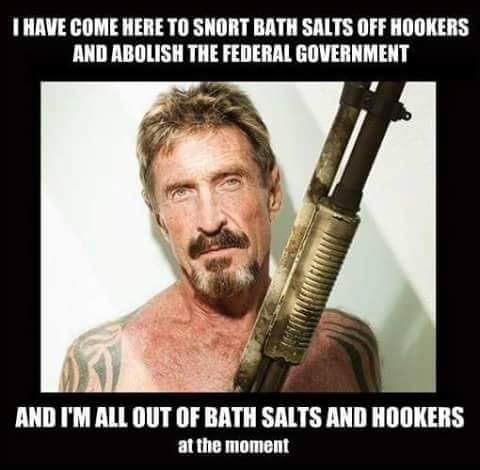 That’s pretty much going to be my impression of John McAfee forever now.