Now here’s a Facebook meme that makes sense. It’s from Filming Cops, but the true adversary here is not the police officer: 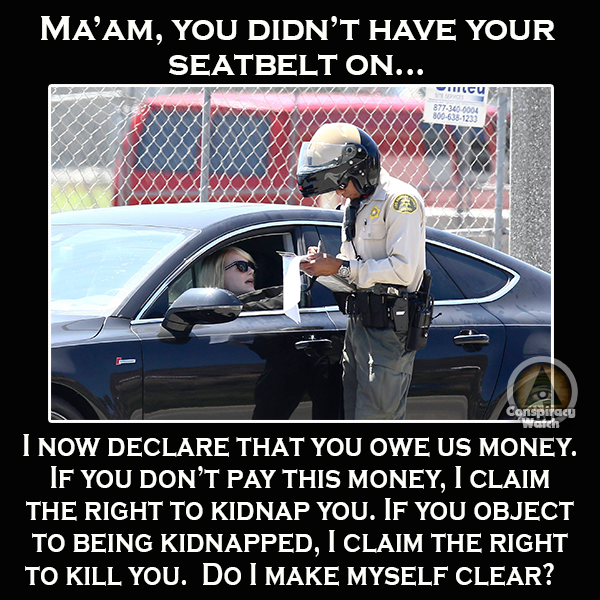 This isn’t some paranoid, whack-job, cop hating-nonsense. It’s an accurate description of how all criminal laws are enforced.

And all of this can happen before you are ever convicted of any crime.

So for God’s sake, people, think before you legislate! (Or encourage others to do so.) Because whether your law is about selling spray paint to someone younger than 18, buying too much cold medicine, selling raw milk, watering your lawn, or loitering, when you support a new law, you are implicitly saying that you think people who disobey your law should be subject to the violence of arrest and incarceration.

So before you demand a new law, ask yourself: Is what’s bothering you really worth all this trouble?