Maggie McNeill has a standing request that allies and supporters of sex workers do something to express that support whenever Friday the 13th rolls around. I had intended write something two weeks ago about my personal experience learning about sex worker rights, but I ran into technical difficulties before I could finish. This post is adapted from that piece.

It’s common to speak of “being an ally” to sex workers. There’s a lot of advice online about how to do that, including a guest post by Stacey Swimme at Honest Courtesan. But to be honest, I don’t think of myself as an ally to sex workers, because a lot of being an “ally” is amplifying sex workers’ voices, and this blog is not about amplifying other people’s voices — it’s a about me having a place to write in my own voice about ideas that I find interesting, and right now I don’t want to write about how much sex workers earn or the politics of review sites or clients who fight the screening process. What I am interested in writing about is the rights and freedoms of people doing something that shouldn’t be a crime.

I’ve spent a lot of time, as a blogger and before, arguing against the War On Drugs. Not only is the War On Drugs wasting resources, destroying lives, and eroding civil liberties, but it’s also a fundamentally evil idea: It’s using violent law enforcement to stamp out a consensual crime — a supposed crime in which all parties are voluntarily participating of their own free will. The War On Drugs hurts a lot of people, but it helps no one, except the people carrying it out, who get paychecks and the enjoyment of feeling smug and self-righteous as they hurt people. I hate everything about it.

I’ve also begun to hate the War on Prostitution. I’ve long been opposed to all consensual crimes — recreational drugs, gambling, pornography, public drunkenness, vagrancy, homosexuality, food trucks, gun ownership, kink, migration, raw milk, incest, risky sports, transgenderism, loitering, status offenses, braiding hair without a license, whatever — because as long as everybody involved has consented freely and competently, I don’t give a shit, and I don’t think it should be a crime. So I’ve always opposed prostitution laws in theory. 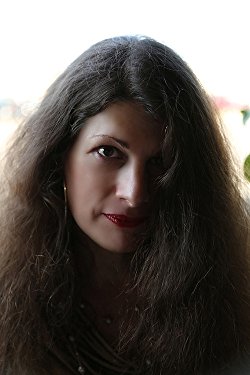 in the comments section over at Radley Balko’s old Agitator blog, before it moved to the Huffington Post. At the time, Maggie was an ostensibly retired New Orleans call girl who had recently launched her own blog, The Honest Courtesan. I eventually asked Maggie to contribute to a group blog I had started with some friends, and she provided a bit of content for us.

That blog is dead, but I became a steady reader of Maggie’s blog, and I began to learn more about the legal issues that concern sex workers in this country. The obvious problem is that prostitution is illegal, but the details are important: What are the specific actions that are outlawed? In what manner are those laws enforced? And what effect does that have on the lives of sex workers and others?

I’ve also been learning some of the terminology. The most disorienting thing for someone coming from the War on Drugs is that the meanings of legalization and decriminalization are reversed for prostitution — if you want it to be all-the-way legal, you want to legalize drugs, but you want to decriminalize prostitution.

The terminology for sex workers is a little frustrating. Words like “whore” and “hooker” can be insulting — although the latter sounds friendly to my ear, and 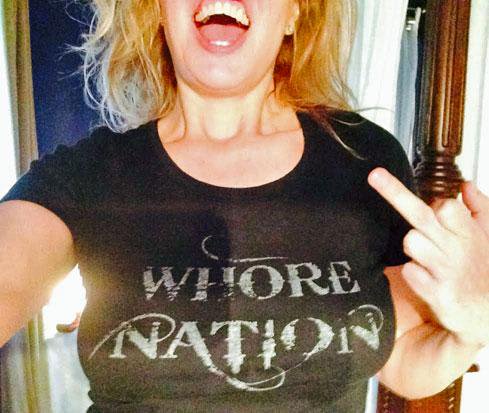 many sex workers claim the former proudly. “Sex worker” is always safe, but it refers to a broad spectrum from escorts to dominatrices, streetwalkers, massage parlor girls, strippers, cam girls, and Hooters waitresses.

“Prostitute” can be problematic because it’s used by law enforcement to oppress sex workers, but I tend to use it a lot because most of my writing is concerned with that part of sex work which is illegal.

(And everybody hates “prostituted women,” which strikes sex workers as an attempt to deny that they have agency in choosing sex work.)

One good thing about the War on Prostitution is that it isn’t as intense as the War on Drugs. Anti-drug law enforcement is vicious and heartless: They can send you to jail for decades for selling drugs, and drug dealers have learned to keep their heads down. There are apparently a few online digital drug markets, but there’s nothing like the thousands of sex worker ads you’ll find on the web. There’s no recreational drug dealing equivalent of a big advertising site like Eros or ratings sites like Erotic Monkey or Rubmaps. Drug dealers just don’t have a big online community. (Or maybe I just doesn’t know how to find it.)

Sex work has benefited from something like benign neglect at times, and this has allowed a lot of sex workers like Maggie to be out in the open. There are blogs like Tits & Sass that have been around for years, and there are advocacy organizations such as the Sex Workers Outreach Project and the Desiree Alliance which work out in the open to advance sex worker causes. Sex workers also have a vibrant presence on Twitter, and I follow a whole bunch of them.

Unfortunately, the situation for sex workers seems to be deteriorating, in ways that are sadly familiar to those of us who know the War on Drugs.

It begins with finding people to demonize. Drug warriors will tell you that cops don’t go after casual users. They claim to only go after drug dealers — the “pushers” and “high-level traffickers” — who seem to practically force young school kids to do drugs. What they don’t tell you is that the laws define drug dealing so broadly that making a purchase with a friend, or even just passing a joint, can be enough to get you charged as a drug dealer.

We’re also starting to see other unpleasant features of the War on Drugs, such as federal funding and inter-agency task forces. Federal funding tends to encourage police excesses because the funds are often tied to enforcement intensity: The more arrests, the more money. Because task forces do not operate under any one police agency, they remove control of policing from local governments. (Almost every really outrageous raid turns out to involve a task force.) Throw in additional funding through civil forfeiture of the supposedly ill-gotten gains of sex trafficking, and the result is police forces operating as self-sustaining predators who answer to no one.

One thing that is unique to sex work prohibition is the involvement of a dizzying array of interlocking “rescue” organizations that purport to be fighting sex trafficking and saving women victims. To be sure, the War on Drugs now includes a massive rehab industry that wouldn’t exist if the courts weren’t forcing thousands of people into mandatory drug treatment, but the War on Drugs started with law enforcement.

When it comes to sex work, the rescue industry is in some sense leading the way. They have created the environment and the sex trafficking mythology that makes high-intensity law enforcement seem like a reasonable approach. They participate in law enforcement activities, and they rely on law enforcement to send them women to “rescue.” They even provide funding for prosecutors (which has to be one of the worst charitable programs ever). It’s kind of a rescue industrial complex.

Since 2010, the anti-sex-work prohibitionists have been attacking web sites that support sex workers. One of the first was the Craigslist adult services section. This was soon followed by San Francisco-based MyRedBook.com, the gay-oriented Rentboy.com, and review site TheReviewBoard.net.

It’s been a bad month for sex workers. Shutting down these sites — especially Backpage — takes away some of the safest channels for selling their services. For many sex workers, Backpage was part of the path that got them off the streets. Now thanks to a bunch of overbearing law enforcement groups and their self-righteous enablers in the “anti-trafficking” movement, many of them will be forced to return to the dangers of street work.

FOSTA/SESTA hasn’t even come into effect yet but already tons U.S. sex workers are reporting getting contacted by pimps. This law isn’t stopping trafficking or the people taking advantage of sex workers, it’s giving them exactly what they want.

Wouldn’t it have been smarter to make U.S. laws more like Australia’s (especially NSW) instead of pushing American puritan bullshit on the rest of the world? Wouldn’t it be cool to have a future where U.S. sex workers question the purpose of pimps as they have never seen one irl?

In my home town, one man murdered FIVE street workers. This is what happens when vulnerable women are pushed out to the street. Backpage shut downs will kill people, there's no debating it. And it will NOT save trafficked victims. The only people that believe it will.. https://t.co/NHK5UNwNmJ

Upset to hear of a sex worker's disappearance after being forced to work outdoors now that Backpage is gone. Let me talk for a minute about why we knew this was going to happen.

I'm now getting my seventh report of a missing worker since #FOSTA was signed yesterday morning. These are just the ones I'm hearing about. Imagine how many more there are. My heart is in a million pieces and every single one of yours should be too, civilian and sex worker alike.

This is the sort of thing I’ve been seeing in Twitter. I only sample a tiny fraction of the sex work community, but I’m seeing a lot of concern over the consequence for sex workers, and it’s all pretty ugly. Here, for example, is my favorite anarchist sex worker explaining the value of online advertising:

Here’s another sex worker, explaining some the the cause-and-effect that’s going to hit the community:

And taking away the medium that provides safety to the people most at rosk of traffic just exacerbates tue problem creating a negative feedback loop. Sex workers are the one most at risk of coercion and exploitation. Removing our buffers only makes it worse

Prior to BP being shit down I would get maybe one message from someone that was looking to do exactly that, and I still had a phone and backpage as a buffer. Now I have the street, no income, and no buffered between myself and them. @womensmarch is talking about exactly that

No. We were cut to shreds. When Craigslist, the first avenues of online advertising for sex work, opened an adult section, there was such a pronounced impact that total femicides dropped 17.4%. Just because we moved off the street. This /will/ and already has started killing us.

I used to get angry whenever I heard of some new atrocity in the War On Drugs, but I was usually able to keep some emotional distance from the worst of it because I didn’t actually know any drug dealers. It wasn’t personal for me. I knew there was suffering, but I didn’t have to feel it.

But when it comes to sex workers, I follow far too many of them on Twitter. I know it’s just social media, but I feel like I know these people. And the last few weeks have been pretty bad. This bullshit is hurting people I know, and they are bitter, hurt, and angry.