I’ve been seeing this chart meme in a few places lately: 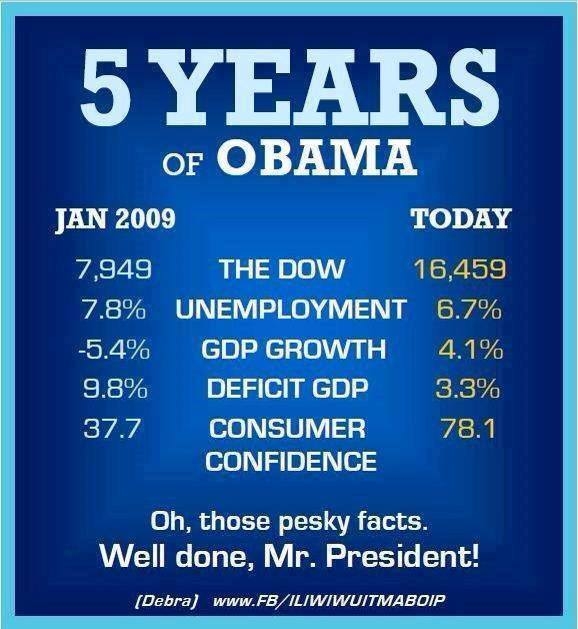 The URL at the bottom indicates it’s from the folks at “I love it when I wake up in the morning and Barack Obama is President.” I’m assuming the numbers are accurate. There’s no date on it, but with that Dow number it has to be fairly recent.

Economic recessions are, by definition, deviations from the norm. The economy is humming along, everybody is working, output is growing a little every year…and then something goes wrong. For some reason, the economy slows down. People want to work, but they can’t find jobs, even though offices and factories sit empty and ready for use. Somehow the economy loses efficiency, the market no longer links up jobs and capital with customers. Output falls, consumption falls, and people suffer. Why exactly it happens is the subject of some controversy — there are several major theories — but recessions are part of the business cycle, and the economy eventually works its way back to its normal state of employment and growth. There may or may not be much the government can do to help with that (again, there are several theories).

Barack Obama took over the Presidency while the United States was in the midst of a deep depression caused by the mortgage crisis. The recession ended, and the economy improved. Just like it always does when a recession ends. So it’s not clear to me that President Obama should really be given credit for the economic growth depicted in the 5 Years of Obama meme, unless you want to give him credit for ending the recession. And if you do give him credit for ending the recession, you also have to hold him responsible for how long it took: 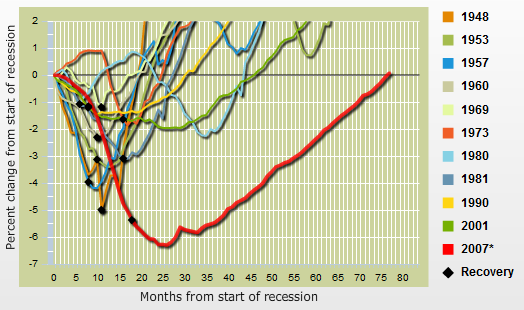 This has been the longest and deepest post-war recession in terms of the employment rate. The same is true when you look at production: 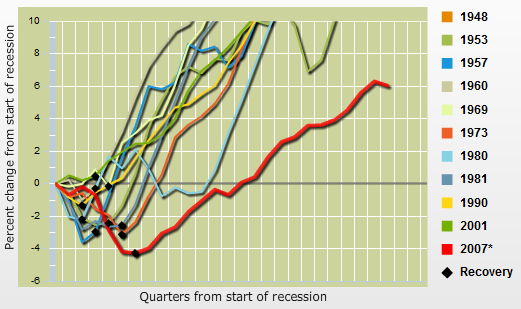 You might argue that Obama isn’t responsible for the depression, since that started during George W. Bush’s presidency. In that case, Obama reigned over one of the slowest recoveries: 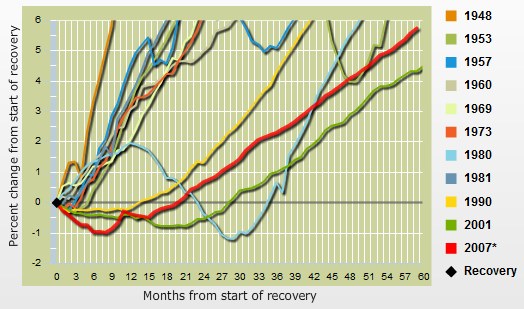 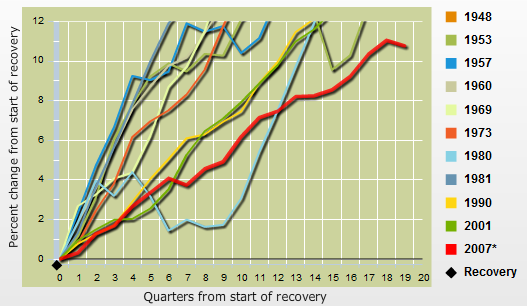 I don’t know how much President Obama can really affect the business cycle, but if he’s responsible for it, he hasn’t been doing a very good job. Those are the pesky facts.

(Charts are from the Federal Reserve Bank of Minneapolis, The Recession and Recovery in Perspective.)