Last month at Hercules and the Umpire, federal judge Richard Kopf posted an explanation of why he believes that (at least at the federal level) drug crimes are not victimless. Matt Brown at Tempe Criminal Defense has raised some objections, as has Scott Greenfield at Simple Justice. Given that a federal judge and a couple of experienced criminal defense lawyers have been discussing the issue, I’m not sure I have anything intelligent to add…but then what’s a blog for?

Let me address a few of the judge’s points:

When you distribute a substance that you know is poison to another person that is a violent act. Period. End of story.

I recently purchased a deadly concoction that goes by a variety of street names. It consists of a mixture of toluene, methyl tert-butyl ether, benzene and trimethylbenzene, and a little bit of naphthalene. This substance is toxic, carcinogenic, and flammable. When burnt, it gives off a poisonous gas. My dealer goes by the name “BP,” and he hangs out here: 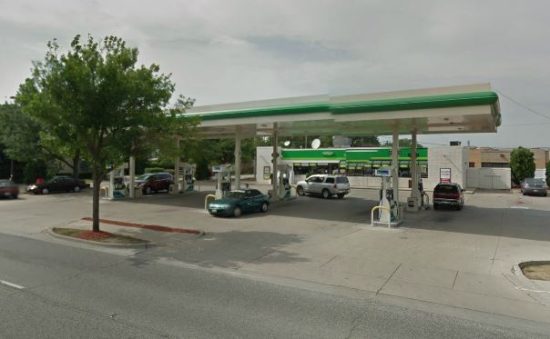 If that’s not bad enough, I frequent Home Depot and Pep Boys, and the chemicals for sale in just one of either of those stores could probably kill a thousand people. Then there’s Walgreens, where my pharmacist sells many chemicals that are quite dangerous. Heck, there’s danger even out in the aisles: An over-the-counter bottle of 500 Extra Strength Tylenol capsules has enough acetaminophen to kill at least a dozen people.

Ethyl alcohol can cause mental impairment, erratic behavior, vomiting, coma, and death, but we’re allowed to buy it, flavored or unflavored, from thousands of stores in nearly unlimited quantities. In some states, the government itself will sell you ethyl alcohol for human consumption.

Then there’s nicotine, a chemical that occurs naturally in plants, probably to protect them from consumption by animals. In concentrated form, it is more toxic than cocaine or methamphetamine, and it has been used as an agricultural pesticide. It is also a legal recreational drug in tobacco smoking products, even though long-term inhalation of tobacco tar causes serious lung problems, including cancer. The military sells tobacco products to soldiers tax-free, and use of tobacco is a right of prisoners of war under the Geneva Convention.

On the other hand, many illegal drugs are safer than you might think. Crystal meth is basically the same chemical as Adderall — except for the methyl group that gives meth its name — and in clinical trials both drugs produce similar effects. Ecstasy’s effects on serotonin levels are similar to dozens of prescription medications, and it takes a large amount to produce a fatal overdose. Even heroin is pretty safe as long as you don’t overdose, although withdrawal can be harsh. And marijuana is famously safe, with a total number of overdoses ranging between zero and one, depending who you ask.

What creates the public health risk of drug abuse is not just the chemicals themselves, but our relationship to them. Consequently, when it comes to evaluating the public health risk of certain chemicals, it’s not the most poisonous ones that present the greatest threat, because people don’t use those recreationally: No one injects gasoline or bleach into their veins to get high. The drugs that are likely to be abused are the ones that are actually pretty safe.

And so our society has made choices about which drugs to allow and which ones to criminalize, but because they are all mostly safe, our choices have been guided more by culture than by toxicology, which has made them somewhat arbitrary. Heroin used to be legal, but now it’s illegal. Alcohol was legal for thousands of years, then we made it illegal here, and then we made it legal again, although it remains illegal in some countries. Cocaine was legal for a while, then became illegal, although it still has medical uses. Tobacco was legal when Europeans first encountered it here, then it was made illegal in some states, then it became legal again, and now it seems to be drifting back toward illegality.

(My favorite drug, caffeine, has relatively few side effects, and has only ever been illegal in a few countries.)

Many of the problems we associate with illegal drugs have arisen because they are illegal. The drugs are manufactured at high concentration so they can be smuggled more easily. They’re supposed to be diluted as they get closer to the end users, but sometimes higher concentrations get through, leading to overdoses. Even when diluted properly, users tend to minimize the opportunities to get caught using the drugs, which means taking the drugs at longer intervals, but in much larger doses. Injectable drugs are not kept sterile, and they are adulterated with dangerous additives. Users of needle drugs have trouble getting clean needles, so they reuse them and share them.

We saw these kinds of problems with alcohol during prohibition. Hard liquor was easier to smuggle than beer and wine. Quality sucked, and improper distillation could accidentally produce products dangerously high in methanol. Things returned to normal when alcohol was re-legalized.

Moreover, the connection between guns and drugs is beyond dispute. Not every purveyor of drugs uses or carries a gun, but the world where they operate organizes around one thing and one thing only, guns.

In response, I’d like to point out that the connection between guns and Richard Kopf’s profession is also beyond dispute. As a federal judge, he spends every working day inside a secure compound, surrounded by more armed men and women than any drug dealer in the United States.

Not only do these armed employees of the state provide security for Kopf and his fellow judges, but they are ultimately responsible for carrying out his will. Convicted defendants may submit peaceably, but they do not do so willingly. No one would agree to spend a decade in a cage at Judge Kopf’s word without a small army to put them inside and another to keep them there. In fact, the only reason people even show up in Judge Kopf’s court for judgement is because men with guns have brought them there in chains, often after first assaulting them in their homes and dragging them out. (Less violent surrenders may be arranged, but always under the threat of violence.)

Of course, Judge Kopf plays a role in a system that is intended to improve social welfare by fairly applying laws created by democratically elected legislators, within the bounds described in a written constitution. For all its problems, it’s still a good idea, whether it’s avenging murders and catching thieves, or resolving torts and enforcing contracts.

Unfortunately, few of these services are available to people whose means of earning a living has been declared illegal. Drug dealers can’t call 911 when somebody rips them off. Nor, out of fear of getting caught, can they operate out of storefronts with security cameras, or deposit their daily income safely in a bank. So they need to provide their own security,  and that means men with guns, just as it does for Judge Kopf.

Of course, many of the people who sell drugs illegally are also willing to break other laws, and as with any business, there’s competition, so some of them are willing to use violence to drive out their competitors. If selling these drugs was legal, their competitors could go to the police for protection — maybe ask the city council for more protection for honest, hard working business people. Better yet, they could settle their differences with competitors in the courts rather than in the streets. But as long as drug dealing remains illegal, that’s not an option. Their only choices are to fight violence with violence or go out of business. Which is why drug dealing is so immersed in violence.

(Law and economics professor David Friedman argues that one of the reasons organized crime exists is to act as a sort of court system for criminals. Crime bosses resolve conflicts between underlings and decide when it’s permissible to use violence, e.g when it’s okay to hit a made guy. This presumably reduces strife and increases profitability for everyone involved.)

I’m not saying that every defendant brought before Judge Kopf is just a businessman looking to make a living. In some sense, quite the opposite: Making a drug illegal drives out honest business people and gives violent thugs an advantage. This does not excuse them from their violent acts, but neither does it excuse the legislature from creating the environment which allows them to thrive.