So bullying people into being anti-bullying…that’s a thing now? 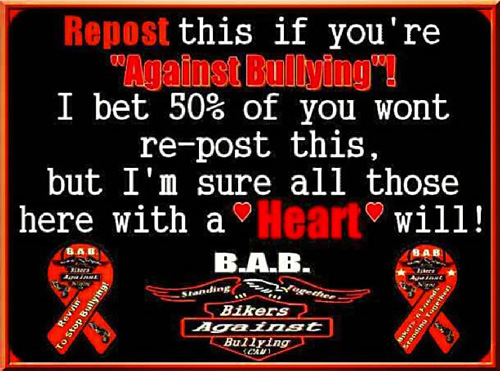 Yes, I realize this is not technically bullying. It’s more like wheedling or nagging or whining. But I thought the message and the following exhortation were oddly in conflict: Be nice to other people…but if you don’t re-post this then you’re a douchebag.

This one is even weirder: 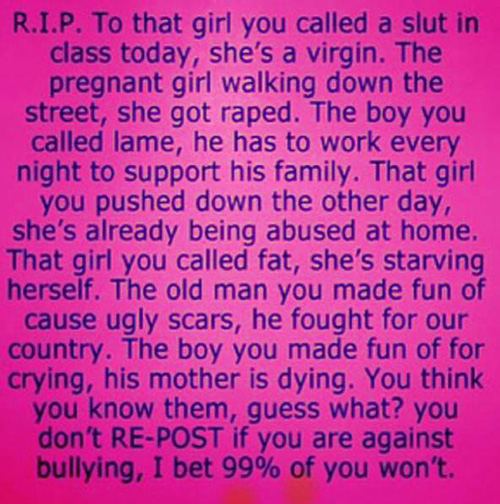 It’s got the same kind of message that is contradicted by the exhortation to re-post: Repeat my post about not making assumptions about people…but you probably don’t care about bullying.

Also, aside from being overly dramatic, this one really misses the point about bullying. The reason you shouldn’t bully people is because bullying is hurtful, not because you might be wrong on the facts. I mean, doesn’t this message imply that it’s okay to call a girl a slut if she’s not a virgin? And you can make fun of pregnant girls as long as they weren’t raped, and fat girls as long as they’re not trying to lose weight? And go ahead and jeer at old men with scars, unless of course they’re veterans. And unless that crying boy has had a death in the family, you can call him a crybaby. So don’t bully people unless, you know, you’ve made sure they deserve it.